The Embroidered Heaven. 15th–20th century embroidered liturgical vestments from the churches of the Vilnius Archdiocese: catalogue 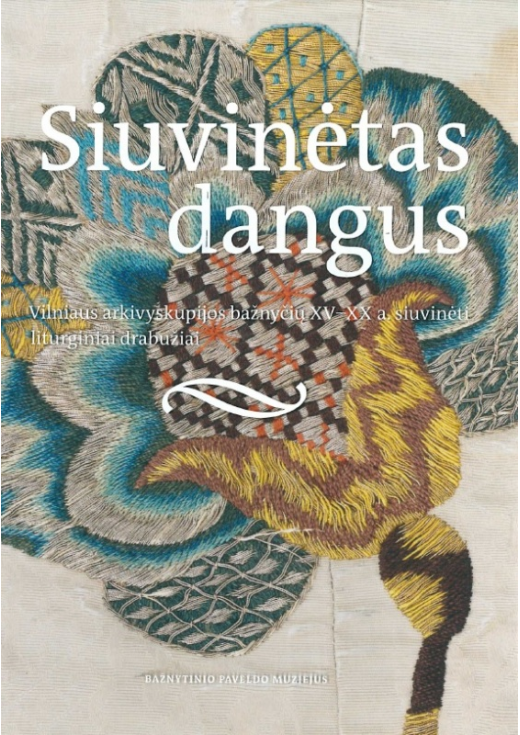 The Embroidered Heaven. 15th–20th century embroidered liturgical vestments from the churches of the Vilnius Archdiocese: catalogue. Compiler and the author of the text Rita Pauliukevičiūtė. Vilnius: Bažnytinio paveldo muziejus, 2017, 222 p.

It is the second book about church textile published by the Church Heritage Museum. The first, Silk and Gold, introduced the history of silk fabrics from which liturgical vestments were made, while the subject of the present book is embroidered liturgical vestments.

The chronologically arranged chapters of the book differ in size. The first chapter introduces three higly impressive late fifteen and sixteen-century embroideries representing the mediaeval and Renaissance embroidery traditions. It is almost the entire heritage of embroideries of these styles in Lithuania. The second and the third chapters address seventeenth and eighteen-century church textile decorated with gold reliefs and colourful flowers imitating French fabrics. The fourth chapter is an overview of nineteenth-century embroideries, which are characterized by a large variety of styles and techniques and the flourishing style of folk Baroque. The last chapter is devoted to the twentieth century. Although rich and diverse, its history is cut short in the middle, partly as a consequence of distressing historical circumstances – the tsarist Russian and Soviet occupations tore Lithuania apart from the life of the Universal Church and the entire outer world, and two world wars also left their mark. On the other hand, as a result of liturgical movements and reforms in the Church itself, not only did liturgical vestments change their form, but also their decoration often became reduced to laconic symbols.

The book is published in Lithuanian with a summary in English.