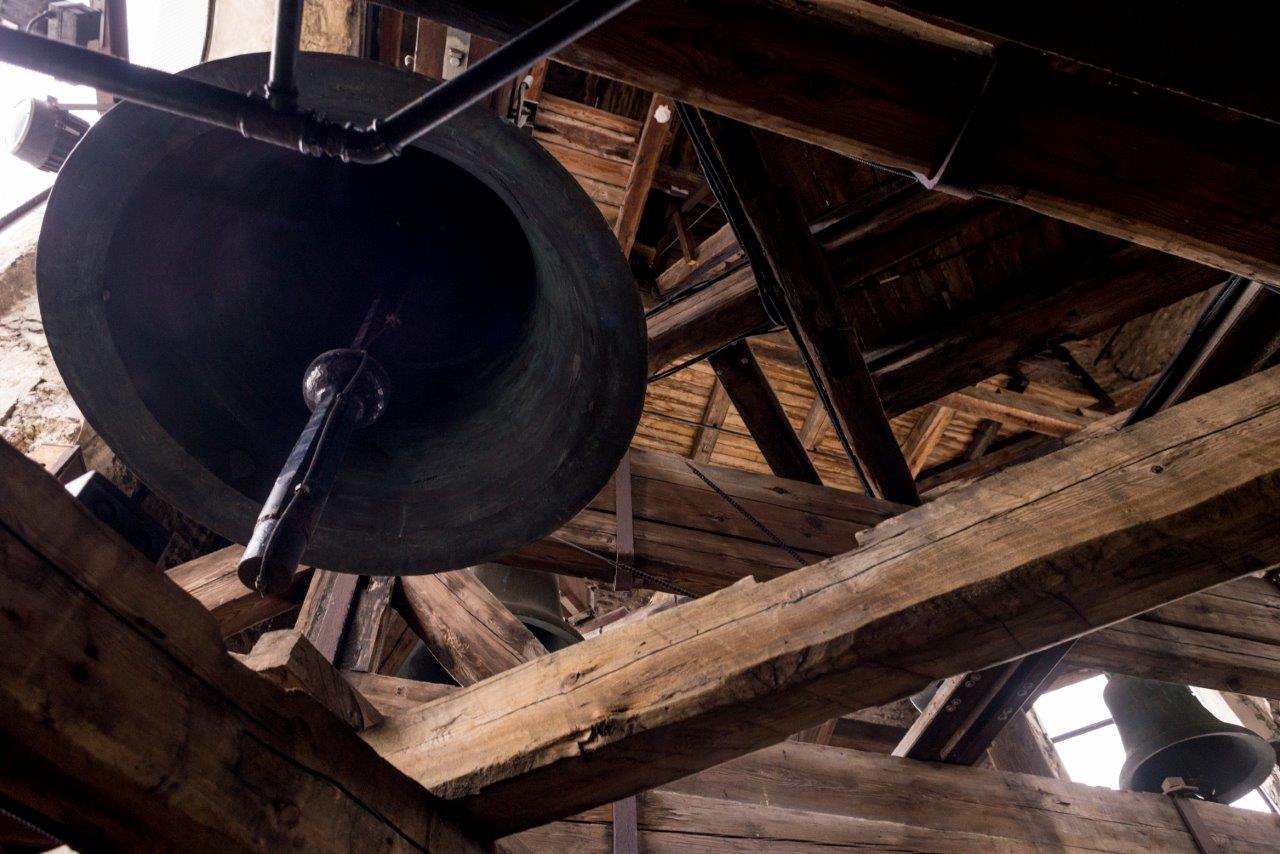 You can listen to the bells of the Bell Tower of Vilnius Cathedral every day at 17.00.

The bell tower of Vilnius Cathedral is one of the main vertical landmarks of the Old Town. It rose on the site of the medieval defensive tower of the Lower Castle, which stood there in the 13th century. Later it was converted into the Cathedral‘s bell tower and finally acquired its present appearance in the early 19th century. The tower has its authentic constructions, bells, the oldest clock mechanism in Lithuania, interactive visual and audio presentation of the structure‘s history and impressive views to see.

The ground floor of medieval defensive tower has survived almost in its entirety. The thickness of the walls varies from 2.8 to 4 metres. During its entire history the bell tower repeatedly suffered from fire, and even today traces of the largest fires – damaged bricks and blackened stones – can be seen. In addition to these historical walls, the visitors can see no less impressive 19th century wooden constructions and climb the stairs that have survived from that period.


The large bells toll to invite to Holy Mass and to mark solemn liturgies, commemorations and feasts. Most of the old bells perished amid various misfortunes; today only two remain – the ones that accompany the clock advances. In 2002, Archbishop Joachim Meisner of Cologne presented six newly cast bells to Vilnius Cathedral. According to an old tradition each bell is given a name, a symbolic mark and an inscription in Latin. The largest bell weighs 2,595 kg. Tolling of the Cathedral bells can be heard every day at 5 p.m.


The Cathedral bell tower clock is the oldest in the city. Its mechanism was mounted on the tower in 1672 and needed any serious repairs only once, in 1803. The residents of the city are helped in keeping track of time by the bells which were cast by well-known craftsmen Jean de La Marche and Gustav Mörk, and which sound every quarter-hour and hour. Two surviving old faces of the clock can be viewed at the top floor of the tower.


The height of the bell tower is 52 metres (57 metres with the cross). The visitors can ascend to the top floor (45 metres) and admire impressive views of the city. Those who are fond of modern technologies or unable to climb to the very top can admire the views of Vilnius from a virtual lookout platform with the help of cameras which can be operated by the visitors themselves.

FUNDING FOR THE MUSEUM IS PROVIDED BY